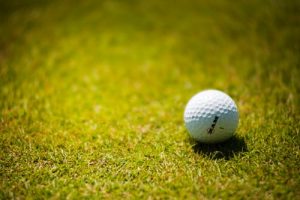 Fifty one teams turned out at Woodstock last Thursday and Friday to take part in a the annual team of four classic in aid of the Clare football training fund.

With an impressive score of 110 points the winning team, representing Kelleher Electrical, were Michael O’Neill, Joe Hurley, Joe McInerney and Liam Duggan.
They had one to spare over the Cratloe GAA team of Batt Crowley, Jim McInerney, Pat Carey and Jodie O’Connor. In third place, also with 109 points were another Cratloe GAA team of Paul Lehane, Danny Chaplin, Joe McGrath and Vincent Loughnane.
St.Senan’s GAA club Kilkee also with 109 points, were fourth and the members of this team were Pat Haugh, Declan McDonnell, Michael Hoare and Barry Harte.
In fifth spot with 108 points were Martin Casey, John Skerritt, Cathal Nagle and Eugene Killeen.
They were followed, also on 108 points, by Michael O’Brien, Michael O’Halloran, Matt O’Brien and Pat Curtis.
In seventh spot, also with 108 points, were John Breslin, Martin Lyons, John Coleman and Joe O’Brien who represented Lucas’ Bar, Ennis.
Eugene Fawl, from the team representing Ciaran’s Bar in Ennis, had a hole in one at the eighth.
It was a very successful day for Martin Casey as, in addition to being a member of the team which finished in fifth spot, he won a hamper in the raffle. The other hamper winner was loyal supporter, Tommy Tubridy from Doonbeg

The prizes were presented by Clare senior football manager Colm Collins who thanked all for their support as well as paying tribute to Woodstock Golf club and Anne Marie Russell for providing the course for the event.