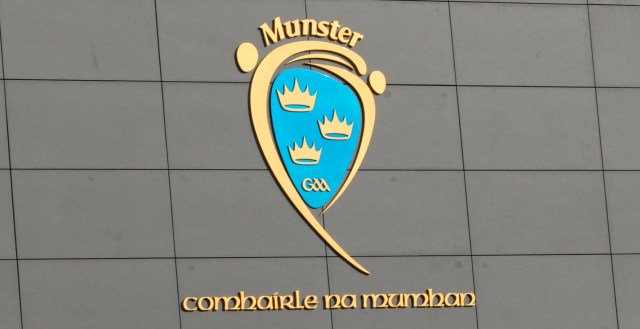 Report by Eamonn Murphy for the Irish Examiner newspaper

THE Cork minor hurlers pushed on impressively in the last quarter at Semple Stadium to progress to a Munster semi-final.

The Rebels got a massive return of six points from subs Jack Leahy (4) and William Buckley (2) to pull away from the Banner and into a clash with Limerick on Friday, October 30.

Ben Cunningham top-scored with 0-9, three from play, but the platform for success was laid in the half-back line and midfield in the second half. Captain Eoin Downey, James Dwyer and Ben O’Connor shielded the rearguard effectively, helped by Cork’s deep-lying midfielders and forwards, as they deployed four in attack.

The Banner refused to throw in the towel, but an Óisín O’Donnell goal from a free came too late to spark a revival. They relied too much on frees, though powerful wing-back Jarlath Collins was superb from placed balls.

With Clare defending aggressively, Cork relied on scores from out the field at times. All-action midfielders Brian Keating and Sam Quirke landed 0-2 apiece, three of them in the critical third quarter, where Donal Óg Cusack’s side opened a four-point lead.

Marquee attacker Cunningham was tightly policed for spells but he arrowed over a wonderful point to make it 1-15 to 1-11 at the second-half water-break. It set the tone for the quality of the scores in the closing period, when Cork’s class told.

The opening exchanges were typically edgy, 0-3 apiece, with a few nice points by Ben Cunningham (a sideline), Tadhg O’Connell on the run and Killian O’Connor after great support play the highlights.

Then Cork started to engineer chances by hoovering up possession in the middle third and finding their shooters. A short Clare puck-out was turned over for Colin Walsh to finish with aplomb and raise a green flag, followed by points for Mark Howell and Brian Keating.

Trailing 1-7 to 0-3 after 11 minutes, the Banner looked in trouble. The next score was going to be crucial so when a long-range free from the hugely impressive Collins ended up in the net they were back in it. Still, Cork stretched the lead before the water-break, through Cunningham and a booming Downey effort: 1-9 to 1-3.

Clare regrouped impressively in the second quarter, bringing O’Connor out to the wing and going for a two-man inside line. Their work-rate on the breaks increased dramatically.

They managed 0-5 in this period, a Cunningham 65 Cork’s lone response, with Óisín O’Donnell curling over a beauty and Eoin Guilfoyle’s tenacity rewarded when he forced an error on a puck-out for another.

It was 1-10 to 1-8 at half-time, with Cork badly needing the opportunity to settle again. They duly did.