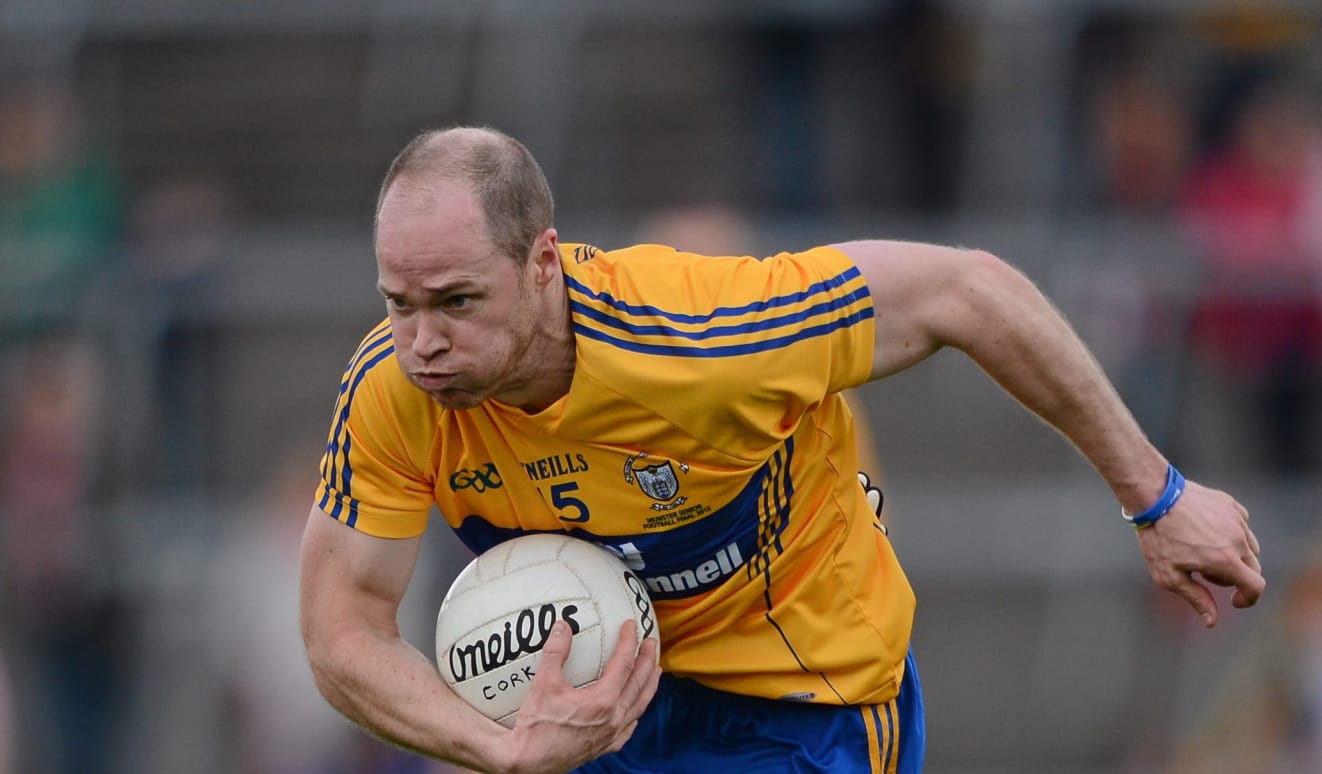 Long-serving Clare footballer, Michael O’Shea, has tragically passed away at the age of 37 following a brave battle with cancer.

A member of An Garda Síochána, he is survived by his wife Orlaith and young daughter Éirinn, his parents Joe and Elizabeth, his brother John and sister Oonagh.

The St. Senan’s, Kilkee GAA club-man lined out for Clare at senior level for 15 seasons in a stellar inter-county career that stretched from 1999 to 2014.

He was Clare’s best player in the 2012 Munster Final defeat to Cork, kicking four points, and won McGrath Cup medals in 2002 and 2008, when he was team captain.

His inter-county career ended on a high when he helped Clare win promotion from Division 4 of the Allianz Football League in 2014.

“It’s awful news, terribly sad,” said Brennan. “We knew he had been sick, but for Michael to be taken from us at such a young age is just very sad.

“For all his family and club-mates and friends around Kilkee especially, it’s a very sad time.

“Michael was a great servant for Clare football and was just a brilliant influence around the place. He was a guy who was always positive and encouraging to younger fellas and a guy you could always go to and have a chat with if you wanted to bounce ideas off him.

“He was a really positive influence and a really good example to the younger fellas when we were coming on the squad on how to prepare and how to look after yourself and how to approach games.

“Aside from having an excellent personality, he was a damn good footballer on top of it. He was one of our best forwards for a long number of years and played consistently well for a very long time.

“He looked after himself really well and was always just a real good team-mate and a real good friend.”

On the club scene, O’Shea won two county senior championships with his beloved St. Senan’s in 2003 and 2005, and on both occasions helped them reach the Munster Club SFC Final where they were beaten by Kerry’s An Ghaeltacht and Cork’s Nemo Rangers respectively.

Playing at either centre-forward or full-forwad, his heroics in the Clare championship made him a local legend.