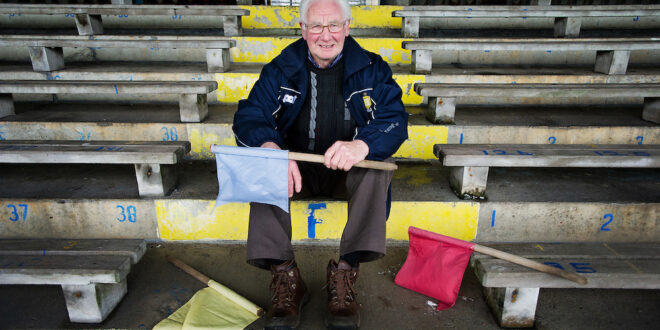 Martin Flanagan who has retired as grounds man at Cusack park after 22 years service with Clare GAA. Photograph by John Kelly.

With the board’s increasing pitch portfolio, now that Caherlohan, near Tulla, is coming on stream, the person will more or less have to be a consultant agronomist to ensure the playing surfaces are well manicured and maintained. Whoever gets the job will have a tough act to follow.