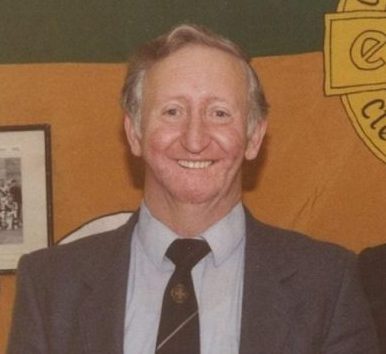 The death has occurred of Scariff, Faughs (Dublin) and Clare hurler Eamon Long.​ The Scariff native hurled for his home club contesting the County Final of 1960 against Ruan as well as many other games for his beloved club.

He went onto to live in Dublin from 1961 to 1987 enjoying much success with Faughs Dublin, winning three Senior Hurling Championships. Eamonn was a member of the Clare Senior Hurling panel for a number of seasons from the late 1950s to early 1960s. A strong competitive hurler for all sides he lined out receiving many plaudits from friend and adversary alike for his efforts on the hurling field. Eamon also served as selector on a number of Clare hurling sides. He was without doubt one of Clare’s greatest supporters visible at every game for his beloved Clare and Scariff.

Clare GAA chairperson Joe Cooney has expressed his sympathies at the passing of Eamon Long. The County chairperson has commented that “Scariff, East Clare and the hurling world has lost one of its greatest supporters and GAA men”. “Eamon, alongwith other close friends was first to many venues throughout Ireland supporting Clare and in Clare supporting Scariff”. Cooney concluded by saying “ We in Clare GAA offer our deepest sympathies to his wife Kitty, children Claire, Carmel, Mary, Una, John and Michael as well as his grandchildren, many friends and hurling colleagues throughout Ireland”.