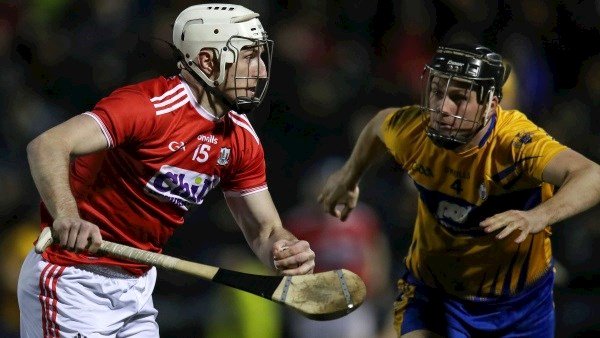 Cork took the honours in this NHL 1A clash in Pairc Ui Rinn, Patrick Horgan’s exhibition of free-taking getting the home side over the line before 4,757 spectators.

Clare bossed Cork for most of the first half, their work rate was better than the home team’s and they had a better spread of scorers. John Conlon showed up to good effect leading the attack and hit three points, while Conor Cleary and Cathal Malone dominated on Cork’s puck-outs.

Tony Kelly’s 20th-minute point gave Clare a 0-6 to 0-3 lead over Cork that didn’t flatter the visitors, yet Cork were level at the break.

This was largely thanks to Patrick Horgan’s accuracy from frees and a 22nd-minute goal. The latter was a lucky score, a high dropping ball from Seamus Harnedy going all the way to the net to level matters.