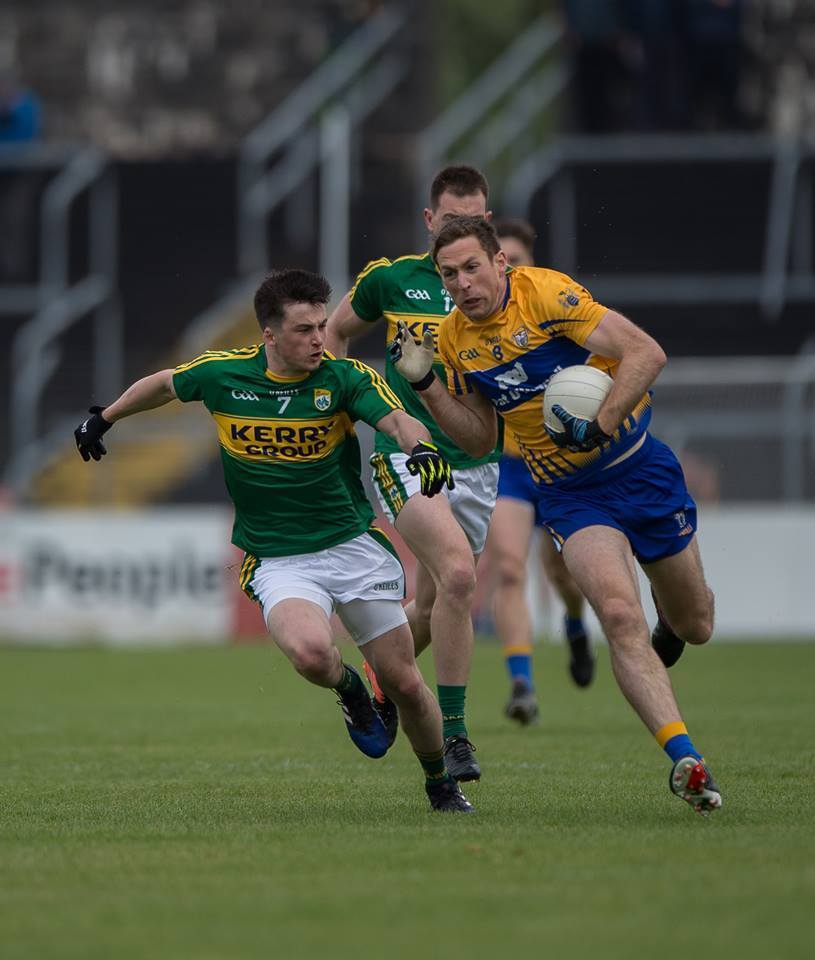 A brave Clare effort just came up short as Donegal ran out 0-16 to 0-13 winners in this National Football League Division Two clash in Cusack Park.

Michael Langan opened the scoring with a free he had won himself, but Clare struck back to take the lead for the only time in the first half with points from Gary Brennan and a Keelan Sexton free. Sexton had a goal chance soon after but dragged his shot wide on the left after racing in from the right wing. This seemed to spark Donegal into life, and they hit four in a row with a brace from Ciaran Thompson along with points from Langan and Eoghan Bán Gallagher to leave them 0-5 to 0-2 in front after the opening ten minutes.

Dean Ryan and Jamie Malone combined to good effect with Ryan applying the finish to cut the gap to two, but indiscipline in the Clare defence presented Langan with a chance to finish another free which he duly converted.

The best score of the opening half came soon after as Banner captain Gary Brennan went right through the heart of the Donegal defence to split the posts, but Langan landed another free to keep his side at arm’s length by 0-7 to 0-4 with 15 minutes to go to the break.

Clare then struck two in a row through Dermot Coughlan and David Tubridy to leave just the minimum between them, with Donegal replying Jamie Brennan with a tidy finish from a tight angle.

Another brace for the home side through David Tubridy kept the pressure on Donegal, but they could not get back on level terms. A quick fire double before the break through Jason McGee and Niall O’Donnell saw Donegal in front by 0-10 to 0-8 as they headed for the dressing rooms.

Clare stormed out of the blocks in the second half with two from David Tubridy and one from Gary Brennan sending the home side into the lead. The impressive Jason McGee responded along with a Caolan McGonagle free to send the Ulster men back in front once more. A quick fire brace from Jamie Brennan was answered with a David Tubridy free and a tidy finish from Gavin Cooney to leave just the minimum between them with Donegal 0-14 to 0-13 ahead with time almost up.

An injury to Clare goalkeeper Rob Eyres when he collided with the post led to a lengthy stoppage of 8 minutes additional time, but it was Donegal who finished strongest with points from Hugh McFadden and McGee sealing their opening points of the campaign.