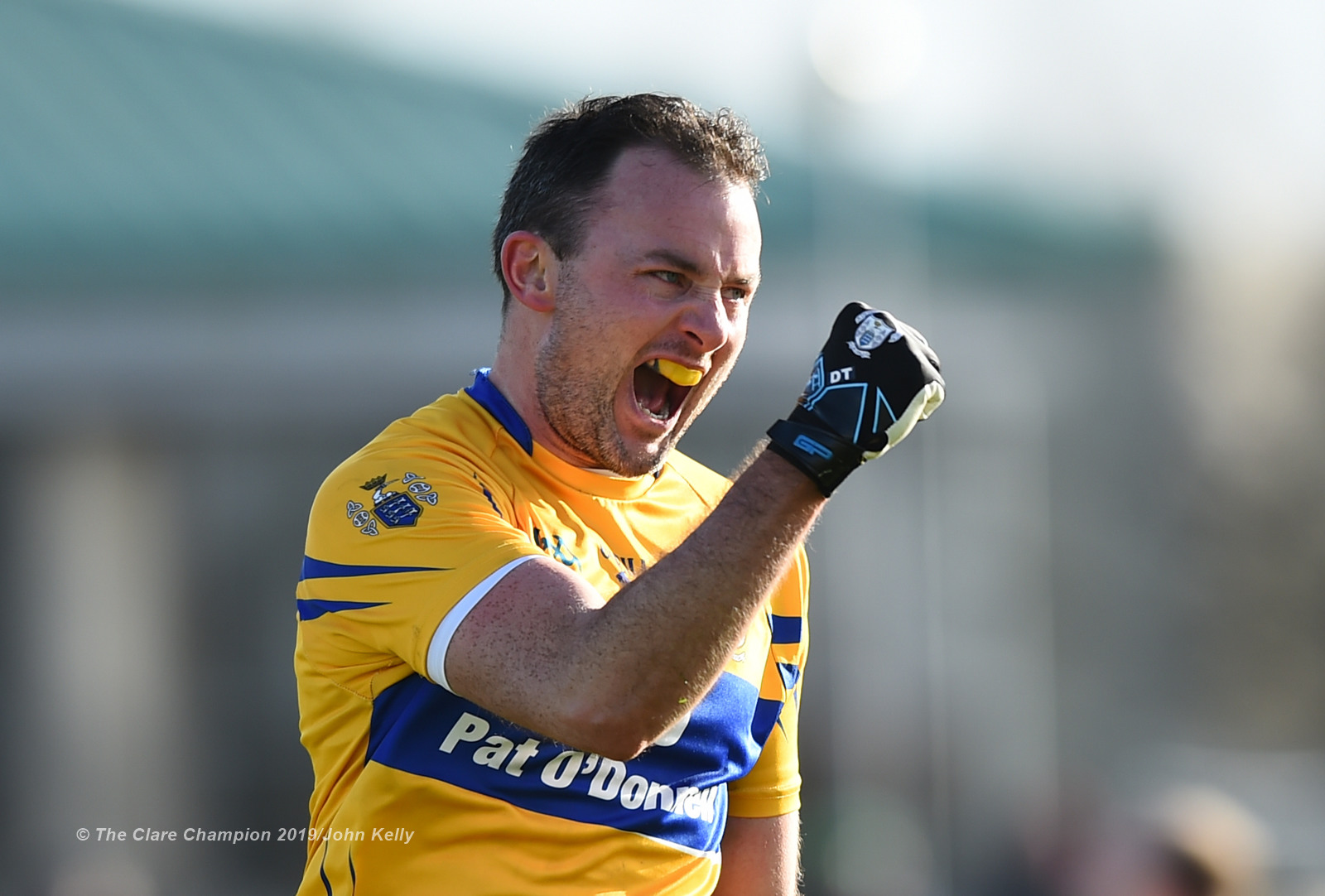 After a dismal performance in their last game against Fermanagh, Kildare got their season back on track in Newbridge by seeing off the determined challenge of Clare.

In the wake of that defeat, Kildare manager Cian O’Neill made five changes to his starting line up and his team responded with a fine display.

Kildare hit the ground running and scored the first three points of the game with the returning Tommy Moolick firing over two fine long range efforts.

The visitors responded with two points but just as they were finding their feet in the game, a wayward kickout by goalkeeper Pierce DeLoughrey gave the ball straight to Ben McCormack in the 13th minute. As the Kildare attacker bore down on goal he was pulled to the ground by Gordon Kelly, resulting in a penalty for Kildare and a spell in the sinbin for the Clare corner back. Feely had already scored a penalty against Cork in the league this season and confidently dispatched this effort into the corner of the net, sending DeLoughrey the wrong way in the process.

Kildare continued to look very confident during the remainder of the half with the forward line of McCormack, Neil Flynn and Jimmy Hyland causing plenty of problems for the Clare defence and they led 1-10 to 0-5 at half time, after conceding just one point from play.

Although Hyland pushed Kildare nine points clear within seconds of the restart, Clare were a different side in the second half with a strengthening wind behind them.

Colm Collins moved Jamie Malone from position in the half forward line further up the field and that paid huge dividends with Malone scoring five from play in the second period.

Malone, along with Dale Masterson, missed gilt edged goalscoring chances in the first half though and they proved costly because although Clare gained some momentum and put Kildare under pressure when back to within three points, that was as close as they got.

Hyland’s third point of the game, in the 58th, was the first of four in a row for Kildare and they played out the rest of the game on top.

Clare were reduced to 14 men in injury time when Cormac Murray was shown a red card for a high tackle on Eoin Doyle.

The win leaves Kildare on five points in third place in the league table and it sets up a mouthwatering tie in Navan against local rivals and league leaders Meath.